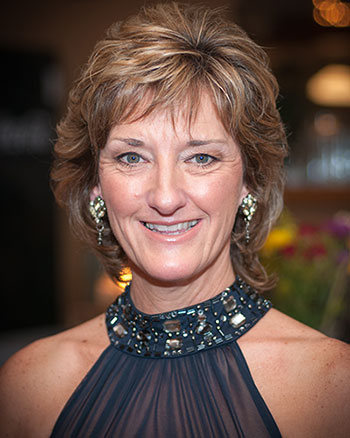 Success as a dancer opened many new doors, leaving Judy much in demand as a dance instructor. Enrollment in her studio grew, and for many years now, Judy has operated one of the largest and most successful dance schools in Canada.

In 1986, Judy toured England, Scotland and Wales, performing in venues ranging from the Barbican Centre to BBC television. She also gave workshops and lectured at one of London’s Universities. In 1988 Judy was one of three Canadian dancers to perform at the World’s Fair in Brisbane, as well as other locations throughout Australia and New Zealand. Judy returned to Australia in 1998 as a guest speaker at “Minilab Downunder” and as an instructor at the Third Australian National Clogging Convention.

This ambitious lady has numerous television performances to her credit, including five guest appearances on “The Tommy Hunter Show”. Judy was founder and director of Canadian Heritage, a unique performance group designed to preserve and promote old tyme fiddling and step dancing. Besides doing many shows throughout Ontario, Canadian Heritage’s two largest endeavors include World-Fest ’97 in Branson, Missouri and the Austrian Alps Performing Arts Festival in Innsbruck and Kitzbuhel Austria.

Judy’s services as a choreographer have been used by the Stratford Festival Theatre, the U.S. based organization C.L.O.G., and the Calgary Fiddlers – to name a few! In 2003 Judy had the honor of teaching at the National Clogging Convention held at Caesar’s Palace in Las Vegas. While there, Judy along with two of her instructors, performed in front of a capacity crowd in the ballroom at this elaborate hotel.

During the Christmas Holidays 2010, Judy co-ordinated a 45 minute show of step dancing, clogging and fiddling for Disney’s Magic Music Days held at Downtown Disney in Orlando, Florida. She then went on to form a new performance troupe known as “Canadian Powerhouse”. Featuring 17 of the top step dancers and fiddlers in Canada today, this dynamic group was a featured guest at World-Fest 2011 held at Silver Dollar City in Branson, Missouri. From April 7 to May 8, 2011, Canadian Powerhouse did seventy-two shows to an estimated audience of more than 50,000 people.

Judy continues to strive for personal best in business. Judy’s School of Dance was voted “Best Dance Studio” in the Stratford area in 2004, 2005, 2007 and 2008. Each year the Stratford and District Chamber of Commerce also presents awards for Business Excellence. Judy was pleased to be nominated for a “personal excellence in Business” award.

On a personal note, Judy is very happily married to Mark Waymouth and they have two sons Kurtis and Kyle. Both of their children are very actively involved in step dancing and fiddling and are a wonderful help to Judy in the studio. In the summer of 2005 they toured the East Coast of Canada where they had many performance opportunities including shows with such well known artists as Buddy MacMaster and Ivan Hicks.

There are no upcoming events.